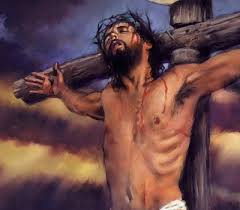 OK, Have you guys seen the film “Stigmata” with Patricia Arquette and Gabriel Byrne?  I have spoken of this film in an earlier post.  In fact, it was one of the posts that very few people got to see. So I thought i’d add a little more insight because I Love this film so much.  I’ve seen it 6 times and the reason I Love it is two-fold.  First, it deals with my kind of subject matter.  And second, because it is inspiring, in that it ignites my curiosity each time I see it.  What I mean by that, is that it has sent me in pursuit of information that I would not otherwise have come in contact with.
In the movie there is a scene where two priests are discussing the existence of a missing Gospel that has been kept away from this world.  It is a document that was discovered in the 1st century, in the caves where the “Dead Sea Scrolls” were discovered.  It is said to be in Jesus’ own words (which is Aramaic) and was spoken to his disciples at the last supper.  They were, supposedly, his instructions to his disciples on how to continue his Church after his passing. In the scene, the priests are sitting in a very large and beautiful church, and one priest asks, ” Look around.  What do you see?”   They both conclude that it’s a building.  He continues, ” The true church of Jesus Christ is so much more, No priests, No churches…..and then he proceeds to quote the first words of the missing Gospel……….”The kingdom of God is inside you and all around you, not in the buildings of wood and stone.  Split a piece of wood and you shall find me.  Lift a stone and I am there.”  Ever since I heard those words I have been a different person.  Whether or not this Gospel ever existed, and is complete movie fabrication, is irrelevant to me.
For this reason; when something touches your soul, your entire being is elevated to an extreme state of alertness.  Anyone who has kissed someone, and felt the warm elation of Love in the pit of their stomach, knows exactly what I’m talking about., it can’t be explained, it just IS.  And you feel all the better for just having experienced it, no matter how brief or fleeting the moment.  You never forget it.  It is a heightened state of awareness that is achieved  completely naturally.  No hallucinogens, no meditation, no sensory deprivation, just an instantaneous explosion of pure energy and joy.  Now, I know that for some of you this sounds ridiculous, but I swear to you that the explosion of pure energy and joy has been happening to me throughout my entire life.  I have so much more to say on this subject but right now I need to finish my thoughts about this film.
When I said that “ever since I heard those words in the film, I have been a different person,”  it’s true, because what it did was to validate for me, that I was not a crazy person.  It allowed me to restart my pursuit of information that was so profound in me as a youth.  I realized that everything I had always thought about the church, was true.  It’s a big building, where people go to give money and prayers so that they don’t have to go to hell.  Like going to the grocery store.  I wanted to be a priest as a child but I grew up very skeptical as I got older, because when I went to church, I would speak to people who were so full of shit, that it was like being punched in the face.  Husbands and wives would be quietly fighting and cursing at their kids during the sermon.  I saw a man steal money out of the collection plate. Stuff like that.  It was demoralizing so I set out to find the truth for myself.
All of this came bubbling up again because of this film.  There is so much more to relate (and I will) but for now I will leave you with this………..”STIGMATA”  is the appearance of open sores on the hands, wrists, head, feet, an side, sometimes accompanied by lashes across the back and shoulders of a person, which may, or may not bleed continually, for LONG periods of time and never get infected.  These locations, are THE locations of the wounds received by Jesus Christ just before, and on the day of, his being crucified.  Perhaps this film will inspire you, maybe not.  But one thing is for sure……….It’s a MUST SEE movie in my book……I am Dartanion2……..and that’s the way I see it………..cheers………t  xx