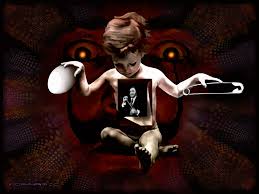 Just have something to add about Metaphysics because of something that was left in the comments.   It was something I found might help to more thoroughly explain what Metaphysics is.  Metaphysics is the “GOD” part of science.  It is the extension of science that attempts to explain, and sometimes does so (quite convincingly), that which is inexplicable.  It is the part of reality that we all know exists and often talk about as “Curious” or “Coincidental” and still are loathe to admit in any public forum for fear of being ridiculed.  We all have that Grandma or Aunt who occasionally makes an uncanny prediction or has a dream that actually comes true the “very next day!”  We all know that it is there and we all just put it aside.  Haven’t you ever had a feeling that your friend was going to call and then the phone rings, or thought about someone, and suddenly they are there, even though you haven’t seen them in a long time?  Of course you have, we all have, but we don’t call it an ability, we call it a “hunch” or “feeling, and THAT’S what Metaphysics is all about.  Taking those things we don’t call ability’s and giving them names like Telepathy and Telekinesis and then allowing the believers to develop trust and confidence in those new found ability’s so that they can be shared and developed as talents or “gifts”. And then they can be shared with the world and take their rightful place in the world of Science.  Because once the world of Science accepts that Metaphysics is real,  the rest of humanity will follow.  I just wrote this as an addition to what has been conveyed below because one of the comments on this post so eloquently led me to do so.  Thank you Cherie Sumner, you can read for yourself what I’m referring to in the comments section of the post below…………..I am Dartanion2………..and that’s the way I see it………..cheers………t  xx