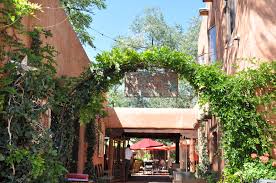 I had been at the pyramid at Teotihuacan the day before.  If you recall my post on Altered States, I had been talking to a very old woman that afternoon atop the pyramid.  She had recommended San Miguel de Allende as the place where I might be able to find a tracker to take me on a pursuit for “Peyote”, the “Wisdom”, according to a Yaqui way of knowledge, the book by Carlos Castaneda.  I had already experienced “The Power” in the mountains of Oaxaca where I had been introduced to a small nomadic mountain tribe that allowed me to sit in on a Mushroom ceremony.  According to the Yaqui elders once you’d ingested the peyote, after having done the Mushrooms, you would be able to “Stop the World” and enter into a separate reality where All humans looked like luminous eggs, as they radiated the energy of the soul.  Once in this frame of mind you could manipulate the fibers of the luminous egg to heal the sick and experience a number of Metaphysical phenomenon and abilities.  So, here I was on my way to a town where I knew no one, in search of the elusive peyote plant which had to be found out in the desert, and I had no idea how I was to find a tracker to take me out into the desert anyway.  What I found was a dream.
San Miguel de Allende was a town that could not be seen upon approach by car or bus.  It simply dropped into a big bowl that had a small town nestled in it.  It was like dropping off the face of the earth and landing in the middle of some dream-like state of being.  Population 1103 at the time, it was as beautiful as it was mysterious.  Everyone there was some kind of craftsmen or trades person. As I walked around town I began to notice that the eyes of the people were not just friendly but were shining as if they knew something of me and my coming.  The shops were some of the most incredible I have ever seen.  There was even an academy for the training of Magicians.  The guitar makers shop was of particular interest to me and upon inspection proved to contain some of the finest hand-made instruments I have ever come upon.  The entire town was this way.  It was if they all were so comfortable in their lifestyle that they were able to focus all of their attention on their craft.  I was in love at first sight.  I spied an old courtyard type café and walked in to be surprised by the most talented players of Spanish-style guitar playing I had heard in years.  I knew this was all too good to be true.  No sooner than I had ordered a tequila that I was joined by a very American looking chap.  He was black and wore dread locks which, in this part of the world, meant marijuana.  I explained to him that I wasn’t interested in marijuana but was looking for something more powerful. ” Ah Peyote” he said without batting an eye. …….It was as though God had been leading me down this path………and I knew that I was on a VERY special path…………Carlos Castaneda was becoming much bigger in my life than I had expected………..his books had led me here and now they would begin changing my entire belief system……….much of what I am referring to here is contained in earlier posts on “Altered States” and two specific posts on “Carlos Castaneda”……if you’d like to catch up with those just type the name into the “search box”above………then come back……….and i’ll continue the story I tomorrows post on “San Miguel”,,,……….there is much you won’t understand without first reading those other posts………and you should also read the post on “Sensory Deprivation Chambers” for further clarification………because I have had over 50 requests to finish the history I have with the Castaneda philosophy………so…….be prepared and I will be going even further into it tomorrow………..thanx so much to everyone for all your patience and your kindness to Georgina Richardson who so wonderfully filled in for me while I was recuperating……….also, all of the requests for the ending of the “Out of Body Experience” while skiing will be upcoming next week as well……..so it’s not that I haven’t heard or read your emails…….it’s just that I am currently regaining my clarity of mind and I’m anxious to finish what I started,,,,,so be prepared for some astounding metaphysical insights my friends………..Shout out to BRAZIL and UK and USA of course for all your support………also new followers in Italy, South Africa and my my friends “down under” in Australia…………there has been another 15 countries recently reading as well and I will be looking into those details as well…………anyway…………I am Dartanion2 and that’s the way I see it………..cheers………….T xx