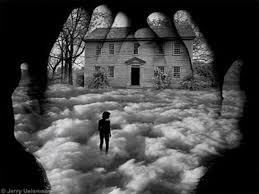 Hi guys ~ we spoke of intuition in my last post so I thought today we’d talk about Precognition which is a developed aspect of intuition.  Precognition is most commonly found in people through their dreams.  When a person comes to you and says ” I had this amazingly life-like dream…” and then, a day or two later (in most cases), the dream comes to actuality, and not just reminiscent of the dream, but exactly as the dreamer predicted.  Sometimes, in rare cases, the dreamer will have a precognitive dream that predicts something as major as earth changes in the years ahead and then those precognitive dreams are passed down to the public as Prophesy!  These are, nonetheless, examples of precognition.  The definition of the word itself is “receiving information about future events or places, using paranormal means or developed abilities”.  Doesn’t it follow then……that just the “glaring fact” that we have definable physical senses…….most obviously imply……..that we have “other” senses too?  It is ridiculous to think otherwise.  And so the argument (to my mind) for the existence pof precognition is obvious and really deserves much more research and development than is already underway, and indeed there ARE researchers working diligently on this subject matter, but the general public still thinks of it as “magic” or that which they need not concern themselves at the moment.  The general public are lemmings when it comes to Metaphysical matters.  Anyway, most often Precognition or “second sight” comes in the guise of dreams.  Dreams that predict the future are WAY more common than people care to discuss.   I have been asking questions and delving into these matters for over thirty years now, so perhaps my opinions on the subject are a little more “influenced” than most.  But, it is glaringly obvious to me that everywhere I have traveled and almost everyone you meet has a friend or a loved one with some precognitive story or occurrence in their life.  Which means just about everyone has  a story that involves precognition somewhere in their lifetime but they still declare to the world around them that it is NOT possible to see into the future.  Man’s vestigial organs and abilities are now coming to the forefront of the evolution of the human mind, so rest assured or mark my words, Precognition will soon be an accepted part of a much larger movement of Metaphysical Sciences that will be accepted norms in Colleges and Universities the world over.  Precognition will be a matter of course, you will be able to go to local seer or “second sighter”  to help you find answers for upcoming events.  Of course it will never be mastered because the future has so many possible outcomes but their will be the gifted few who will be accepted as authentic and rewarded accordingly for their abilities.  And then there will be the VERY few who can access future events in their waking state with future visions.  Those VERY few will become sought after advisors to the worl leaders of the time.  Where am I getting all this crazy supposition from, you may be asking yourself?!   Well, let me just say that there are those practitioners today ~ who exist right now ~ that are training themselves through amazing meditative propulsion devices, such as the techniques being developed with “Sensory Deprivation Chambers”.  But that is another subject entirely.  If you are interested there is a post on my blog entitled “Sensory Deprivation Chambers” that will help you……but for now , just let me close by saying even skeptics have trouble disproving Precognition, and their main argument is that “science” has not proven that it exists.  Since when, did science become God?  Silly isn’t it?  A lack of scientific proof is merely another man’s motivation for proving a thing to be true.  A lack of scientific proof is NOT proof that something is fake or false.  It’s just a lack of proof.  I say it’s silly because most of the earth’s population believes in a God.  But science has yet to prove that God even exists.  So what does that tell you about science? ~ Hey!!  I’m Dartanion2…..and that’s the way I see it!! ~ cheers…….T xo