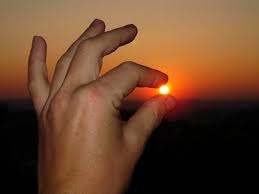 Hey people, ~ most of you are well aware of the fact that I have been dealing with some heavy duty issues when it comes to the death and dying thing so I would like to broach that subject in a minor way here ~ at two in the morning, after having just yesterday decided to keep this blog going for another year,  Frankly I was ready to say bite me and just stop writing here but ~ once again ~ the heavens prevailed by bringing some hope to my most precarious place in this world.  So now that we know I may live through this friggin’ nightmare of late… I’d like to speak to the creativity that I have been focusing on lately because obviously I haven’t been writing on my blog…… but…….I have been writing with a vengeance on Cosmofunnel.com…….which is a site for poets and painters where I just this evening posted my 921st poem…….. that’s right…..921 poems and I seem to be getting better at it because I’ve been published poetically twice in the last year without making any effort whatsoever….. but that’s the way it is with poetry……. No one’s in it for the money really….. just the inherent artistic value………. in other words….. poets normally starve to death before anyone recognizes their stuff.  So with that VERY upbeat introduction, please allow me to present to you a recent piece I wrote when I thought DEATH was still an imminent factor in my life’s equation.  It has to do with the passing of time and the kindness one expects during those most dire of circumstances.  It’s entitled “Pray Time Will Be Kind” and when I wrote this I was angry and upbeat at Death’s prospect….. but always somewhere in the back of my mind I thought death may be some long awaited relief as well…. because living with chronic pain and appearing relatively attractive on the outside can be terribly misunderstood by those who love you most.  They look at you and assume that it’s O.K. to invite you to the local pub because you “LOOK” good….. never thinking for a moment just how threatening that proposition truly is…….. because until you live with pain killers and the threat and temptation of narcotics alone, you really have NO CLUE what you’re saying to a person who lives with chronic pain…….. so no pointing of fingers here….. just the hugs and kisses that I would have and certainly would dole out if I were in the opposite seat in the cockpit…….

PRAY TIME, WILL BE KIND
By: Tony Taylor

Beauty is but as a flower
Which wrinkles and is devoured
By times brightness falling from the sky
Like princesses, in their youth do die
I, am sick, and aware that I too must die
Yet I pray, that time, will be kind
For fond are life’s lustful joys
Death proving them all but toys
And none,  from heavens arrows fly
But still I pray,  that time, will be kind
And allow me, a dance or two
Before the arrows make me bleed
Bringing me home, to the new
Where in a heavenly serenade
I am joined anew
By angels,  I am unfamiliar with
Alone, in a promenade continued
From a life before
From times kindness
And the brightness
Falling from the sky…